Want to learn a new knot? or learn a quick way of tying an old knot, well Baggy's Knot Box is the place to look.

This is a slick, and impressive way of tying a simple loop in the end of a line, which due to its nature is not too difficult to untie. Originally it was designed to be easily tied in mono-filament fishing line, the technique here of throwing the end is not possible, just pass the short end round. This method was taught to me by a member of the International Guild of Knot Tyers. 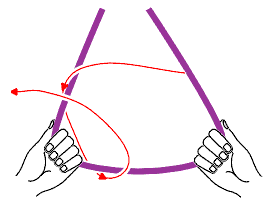 To start hold the rope in both hands (the end in the right hand should be the shorter. Throw the right-hand end round the other rope, as illustrated. 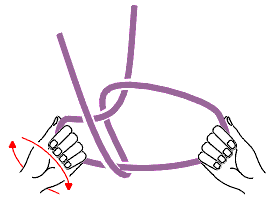 Now twist your left hand through 180 degrees (unless you are double jointed it will only go one way! - towards you). You can combine these first two moves together. 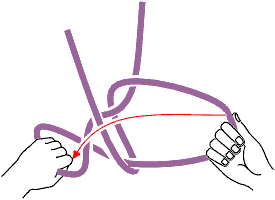 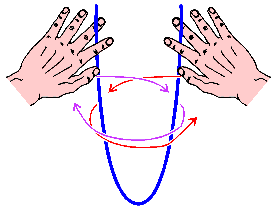 Start with the cord held betweem the first two fingers of each hand - see diagram, then hook (towards you) the left side of the bight with your right thumb, and then the right side with left thumb. 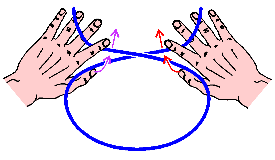 You should now be in the position illustrated in the diagram, now tuck the two thumbs into the two triangles made by your first finger and the cord. 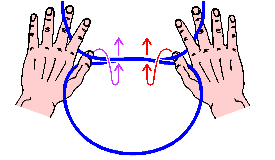 Now here comes the tricky bit to explain: Twist your thumbs through 360 degrees, coming towards yourself at first. 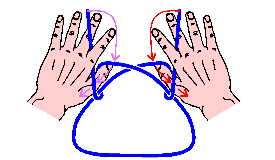 This should leave you with a half hitch around each of your thumbs and the cord. This bit requires a little bit of dexterity - pass the end of each cord through the half hitch, and then ease the two thumb knots together, and there you have a fisherman's knot.

Once you have mastered this, you should be able to get this down to about five seconds without great difficulty. It is both a faster and more reliable way (you can never get the thumb knots the wrong way round) of tying the Fisherman's Knot.

This knot is often used by Scouts to secure the neckerchiefs, instead of a woggle - either because they've lost it - or because they're worried they might. It can also be tied in the points of a necker (very small) if a woggle is being worn.

The linking of the two sides of the necker represent the bond of friendship - both sides of the knot collapse to nothing if they are disentangled. 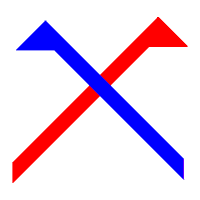 First cross the two ends of the neckers 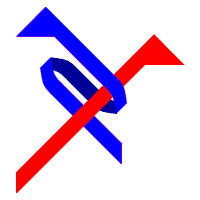 Then make a bight with the end that went over, and tuck it back under the other end 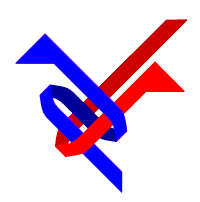 Now pass the other end behind the bight

Finally tuck the end down the bight 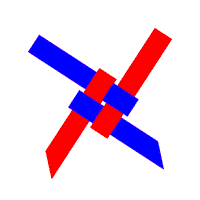 Finished friendship knot - looks smarter in a Halved necker, and if you fold the bights